Since 2012 I have been voting with my wallet, opting to only use mobile providers that give me IPv6 connectivity. To begin with, I was a customer of Network Norway. They were kind enough to include me in their IPv6-only pilot with DNS64 and NAT64. Unfortunately, Network Norway’s fate was to be acquired multiple times, causing their IPv6 pilot to lose momentum due to the loss of key technical personnel. The IPv6 pilot has not yet transitioned to a production service.

In 2014, I changed to Telenor Norway. Telenor provides two APNs that support IPv6:

IPv6 is a fully supported production service in Telenor’s mobile network, meaning that any Telenor subscriber can configure his or her device to use IPv6 with one of these APNs, if it isn’t already doing so by default.

During the years I’ve had IPv6 service from my mobile providers, I have travelled a lot. I have been to much of Europe, as well as in several other countries including Canada, Japan, and USA. Wherever I went, roaming with IPv6 has been one of those things that Just Works. Therefore I was greatly surprised to hear that during the APNIC 40 conference, Telstra Australia’s Sunny Yeung stated that «until every carrier has activated IPv6 there is no way to activate IPv6 for international roaming». Sunny couldn’t possibly be right, could he? Had I just imagined that IPv6 roaming worked for me?

An upcoming business trip to Sweden soon gave me the opportunity double-check whether or not IPv6 roaming truly works. To that end, I used Jason Fesler’s excellent test-ipv6.com site to prove beyond any doubt that IPv6 roaming does work, as demonstrated below: 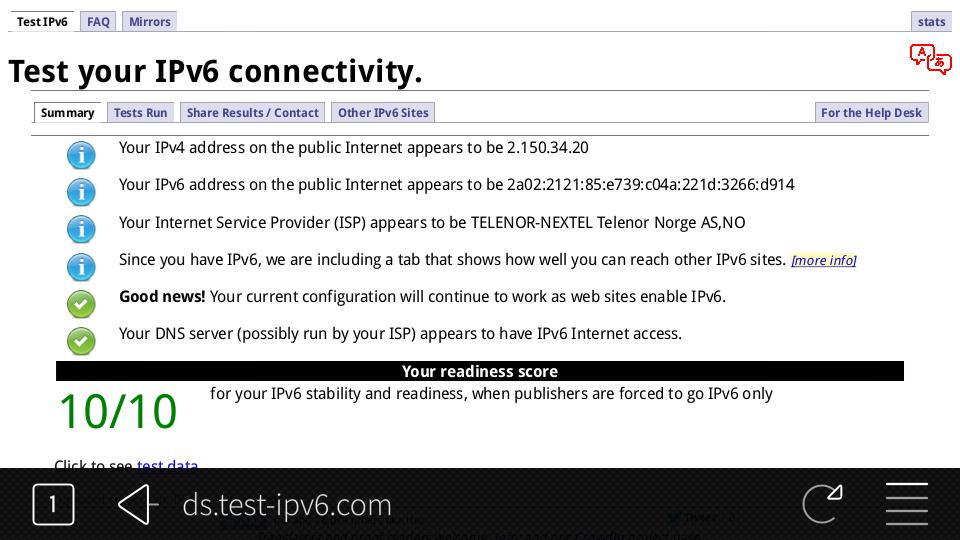 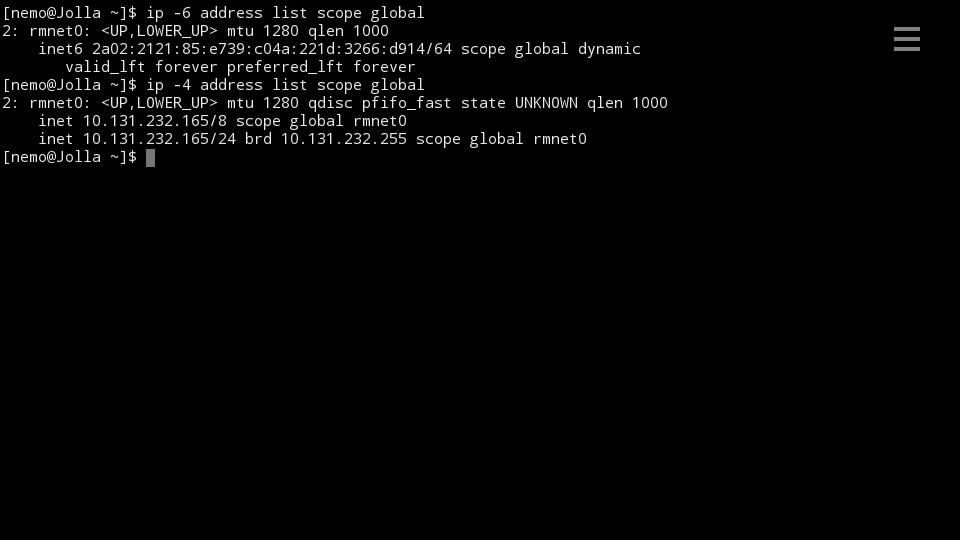 The two screenshots above are from my Jolla Phone when connected to the telenor.smart APN using an dual-stack IPV4V6 PDP context. As the second screenshot shows, the phone has been provisioned by a globally unique IPv6 address as well as a private IPv4 address. (A keen observer might note that there is no indication that I am actually roaming in either screenshot. You’ll just have to take my word for it; I simply don’t know which command is used to show the roaming status in Jolla’s Sailfish OS.) 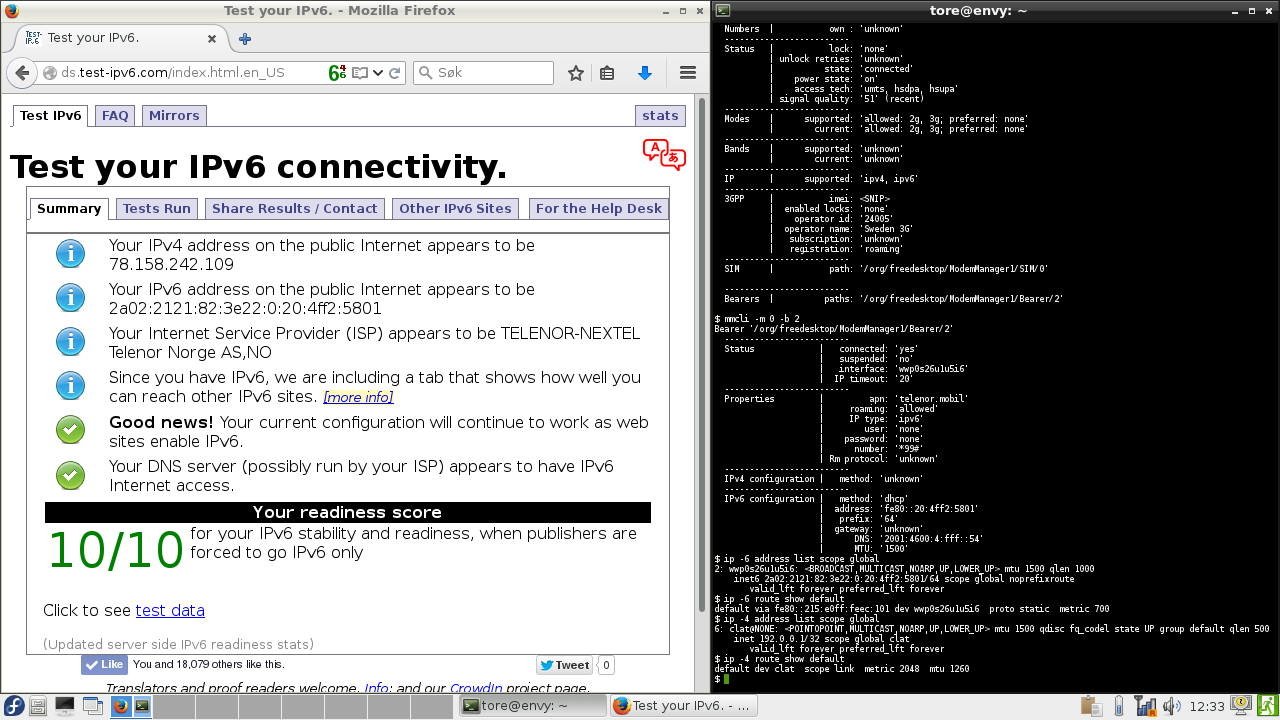 This screenshot shows roaming using the built-in cellular modem in my laptop. This modem is not exactly state of the art, so it does not support the dual-stack IPV4V6 PDP context type. Therefore, I instead use a single-stack IPV6 PDP context towards the telenor.mobil APN. You can also see that I am using clatd to set up a 464XLAT CLAT interface. This provides any legacy IPv4-only applications running on my laptop with seemingly native IPv4 connectivity they can use to communicate with the IPv4 Internet.

Sunny, I hope you consider this post very good news. After all, it might mean that deploying IPv6 in Telstra’s mobile network isn’t the impossibility that your APNIC 40 statement suggests you currently think it is. While it’s evident that you haven’t found the way to do it yet, the efforts your colleagues in Telenor Norway demonstrates that there clearly is a way. I know several of the folks involved in Telenor’s IPv6 efforts, they are a friendly bunch - do not hesitate to contact me if you want me to introduce you to them! I’m certain that they would gladly help you finding your way towards deploying IPv6 in Telstra’s mobile network.